The area is developing very fast and is well served by public transportation to include nearby bus, tram and subway stations ensuring easy access to the city center and the main residential areas.
The South-Eastern part of Bucharest has initially developed as a residential area, hosting a significant part of the capital’s population. Naturally, the demographic density attracted numerous retail operators, who developed large scale retail parks. Over the past years, however, the area has seen an increased interest from office developers, as occupiers are focused on moving their businesses closer to where people live.

The building is situated in the South-East of Bucharest near the A2 Motorway, in a retail park with well-known retailers including METRO Cash & Carry, AUCHAN, Jumbo, Decathlon, Roadhill, KIKA and the future IKEA etc. METRO Cash & Carry has its own headquarters on the premises. 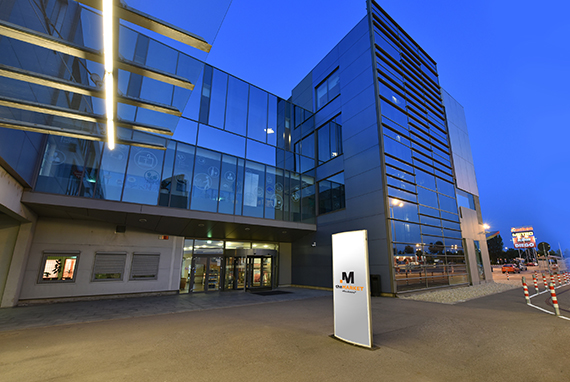